Former Atletico Madrid forward David Villa believes that Antoine Griezmann is fast becoming one of the best players in the world. 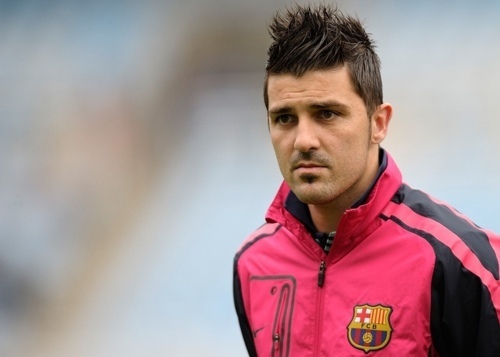 He would classify the Frenchman is being on par with the likes of Lionel Messi and Cristiano Ronaldo – widely judged as the best players in the world. Griezmann has been linked with Chelsea in the last two transfer windows, but it is now looking highly unlikely that he will move away from the Vicente Calderon after having just experienced his best season till date. The French international has come up with 29 goals so far in all competitions.

Still just 25, Griezmann has the ability to develop his game even more. Villa was one of the renowned goalscorers during his peak. Even though he did not play for clubs like Real Madrid or Barcelona at the peak, there was always an interest surrounding the Spanish striker. Villa recently brought an end to his spell in European football by joining New York City FC. He has been a revelation in the MLS after being in fine goalscoring form at the start of the campaign. Villa did not have the chance to play with Griezmann as the French international came from Real Sociedad just as Villa was leaving.

“Yes [Griezmann on the same level as Messi or Cristiano Ronaldo]. At the highest level you have to analyse things in a certain way, with all the different players, but Griezmann is one of the best players right now in world football. For the things that he’s doing, the focus he has. I have a lot of friends in the dressing room and they are amazed by him, as a person and a footballer. He’s young, he has a long future as a forward and has massive potential,” said Villa about the Atletico Madrid forward.