The Argentina captain scored a goal in each half, his opener doubling the lead given to Lionel Scaloni’s team by Lautaro Martinez early on. Argentina haven’t lost in 34 matches heading into Tuesday’s game against Jamaica in New York. With their last defeat coming in the 2019 Copa America semi-final, the thousands of Argentina fans who packed Hard Rock Stadium in a crowd of 64,420 were in an expectant mood and left delighted as a combative Honduran side were firmly put to the sword. 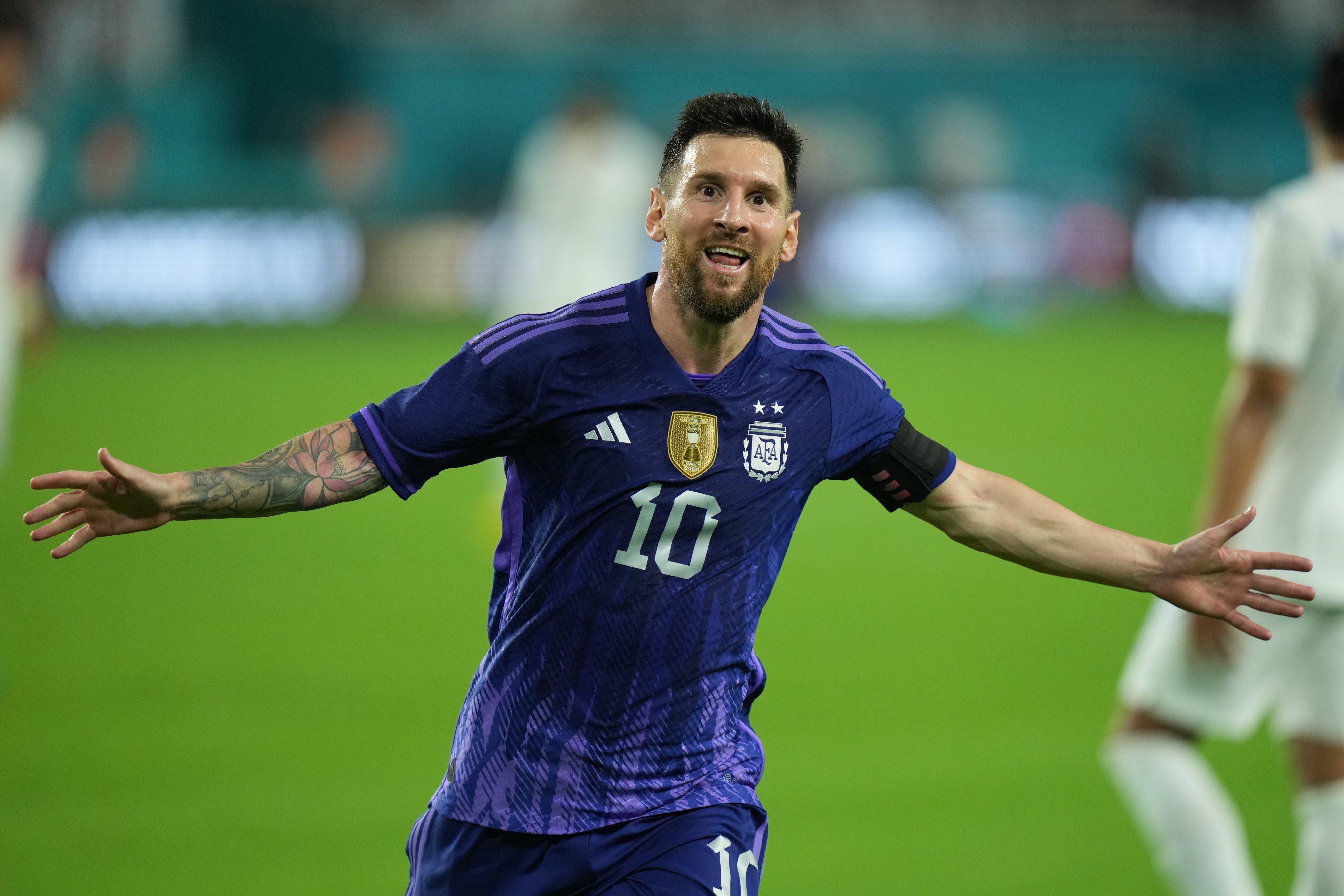 Honduras failed to qualify for Qatar and were under pressure from the off, Alejandro Gomez blazing an early effort over before Rodrigo De Paul screwed a shot just wide. The South Americans were dominating possession with Messi beginning to weave some magic despite being tightly man marked by the Honduran defence. And it was the Paris St.Germain forward who started the move which created the opener for Martinez on 16 minutes, an excellent pass freeing Gomez on the left hand side and his cross was tapped home with ease.

Honduras were undeterred, however, and even though they saw little of the ball, the challenges were flying in, much to the anger of an increasingly irritated Argentina side who were left constantly complaining to the officials. A pull on Giovani Lo Celso’s shirt however on the stroke of half-time was deemed a penalty by referee Rubiel Vazquez and Messi coolly rolled in the penalty to double the lead for Scaloni’s men.

The former Barcelona star, who played for the full 90 minutes, remained in the thick of the action and almost grabbed his second on 56 minutes but failed to finish off an excellent, free-flowing move when his shot sailed over the bar. Julian Alvarez, the Manchester City striker, was introduced in the second half and was denied by Honduras keeper Luis Fernandez as Argentina searched for further goals to reinforce their total dominance.