Former Realmadrid manager Fabio Capello has hailed FC Barcelona captain Lionel Messi as the only genius in world football at the moment.Capellopraised Messibut Cristiano Ronaldo was also not left out. 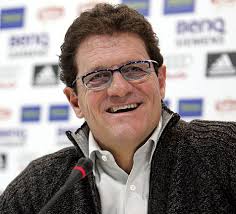 He said Messi is a genius and not just a footballer, that has not won much silverware with Argentina but that is because he cannot do it allalone. Capello also said Portuguese talismanRonaldo is contributing a lot more to Juventus than meets the eye. After joining in a €112million deal ahead of the 2018-19 campaign, Ronaldo has scored a Serie A-high 19 goals and 22 in all competitions for the Old ladies.

Capelloclaimed bringing Ronaldo to the clubhas been a wake-up call for many players and he has made them improve. He explained that Ronaldo being at Juve has helped improve the rest of the lot. He added that for a team that was coasting, the Portuguese has helped influence the team with the way he takes care of himself to remain fit at such an advanced age football-wise.

Lionel Messi currently tops the goalscoring charts in LaLiga with 22 goals and has tie highest in Europe’s tip five leagues. He has also managed to scored 6 goals in Champions League in just 3 appearances. He is also one of the leading assist providers in the Spanish League with 10 assists. It is crystal clear that his breath-taking displays are one of the pivotal reasons for Barcelona’s dominance.

Barcelona and Juventus have tough matches in the Champions League this week as they face Lyon and Atletico Madrid respectively. Messi and Cristiano are familiar with the occasion, and it is obvious that the superstars will want to give their best, moreso as the eventual Champions League winner