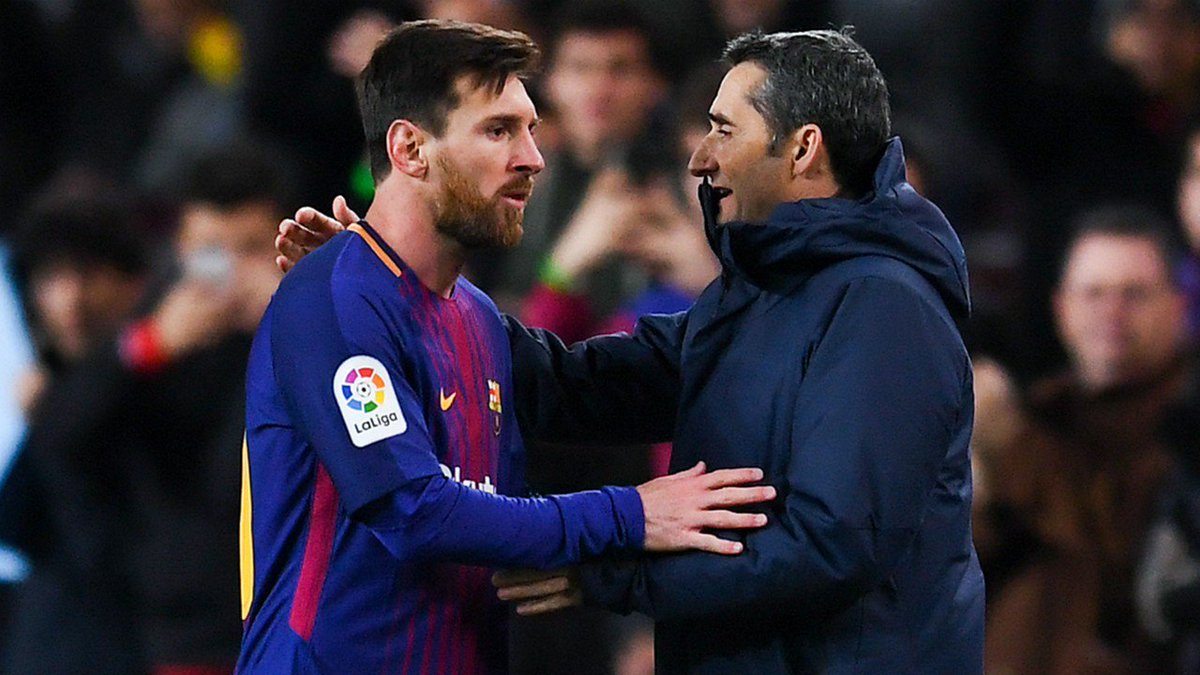 Italian journalist Gabriele Marcotti has said that Lionel Messi remains more important to Barcelona’s success than the manager in the dugout. Ernesto Valverde recently earned a one-year extension up to the summer of 2020 but this has not convinced Marcotti that he is the right man for the head coach role.

In a report covered by The Times, Marcotti stressed that Valverde has not managed to win over the hearts and minds of the supporters with his pragmatic style despite bagging a League and Cup double last term. He added that the club are more focused on the proceedings on the field and Messi is the most important figure at the Camp Nou.

He quipped: “He [Valverde] hasn’t exactly won hearts and minds with his pragmatic style That explains why – despite winning the League-Cup double last year and being on track to do it again this year – he only received a one-year extension, through to next year, last week. The club are well aware of what’s keeping them competitive on all fronts and they know that it’s the little man in the No 10 shirt, not the guy sitting on the bench.”

Barcelona have a strong command of the league this season and they are currently holding a comfortable seven-point gap over Atletico Madrid. Likewise, they have made progress to the Copa del Rey semi-final but the task of reaching the final could be trickier with a trip to Bernabeu to face Real Madrid this week.

The Catalan giants could only muster a 1-1 draw against the European champions during the home leg of the semi-final stage and they now need to find the scoresheet on the road to avoid being eliminated on the away goal rule. Barcelona should once more be dependent on Messi, who comes off a sublime hat-trick during the weekend triumph at Sevilla.