Barcelona summer signing, Malcom is relishing the opportunity of working alongside five time Ballond’or winner, Lionel Messi and claims he has settled perfectly in his new surroundings. 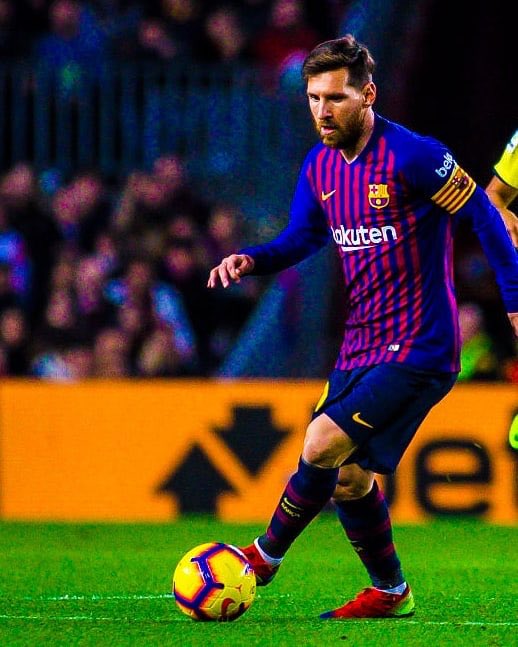 The Barcelona forward feels that Messi is not from this world but from another planet with the Argentine star having made an impression on the summer signing at Camp Nou.

The opportunity to work with a world class player like Messi felt too good to pass up for a young Brazilian who joined the ranks at Catalunya during the last transfer window.

It appeared the player was destined for Italian club Roma after the club agreed a deal with Bordeaux but the deal was infamously hijacked by Spanish giants, Barcelona who secured a $41 million move for the winger.

The 21 year old is now furthering his development alongside some of the bests in the game, with Messi considered the ultimate model for the emerging talent.

Speaking to Barcelona’s official website, Malcom said of Messi, “For me, he’s not from this world. His simplicity and humility are incredible. He deserves all this praise he receives”.

Malcom’s start to life at Barcelona was plagued by injuries, restricting him to just five appearances, but he is feeling settled in new surroundings and remains confident he made the right move.

Still speaking on his experiences at Barcelona, “It’s all like a family. Everybody wants the best for everybody else. There are always jokes in the dressing room and in the BarcaWhatsapp group that we have too. I’m with the Brazilians most but I get on with everyone”.

Malcom also believes that manager Ernesto Valverdo has full support and faith in him, with the youngster confident he can produce the form expected of him this season which will see Barca chasing down numerous honors on different fronts.