Barcelona superstar Lionel Messi is reportedly waiting till the end of the season to decide his future at the club amid fears and rumors that he is set to quit the Spanish La Liga giants this summer. The Argentina international legend is currently contemplating whether or not to continue his career at Barcelona and has been attracting a lot of interest from some clubs across Europe and abroad. Having come very close to leaving the Nou Camp at the end of last season, he changed his mind and remained at the club after a controversial interview he had which was aired publicly. 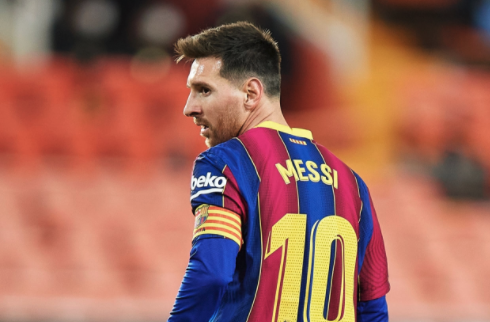 He revealed that he has grown dissatisfied and frustrated at how he would always be picked on as the cause of the club’s problems and said that he had already had enough. However, one of the reasons why he remained at the club was because the fans staged a protest against the club’s owners which led to the eventual stepping down of former president Josep Bartomeu.

French Ligue 1 giants Paris Saint-Germain and newly-crowned Premier League champions Manchester City are the frontrunners in the race to sign the Argentine captain and he is also a reported target of a couple of clubs in the United States Major League Soccer, including Inter Miami.

But according to MARCA, he will finish this season and hold a meeting with the club’s new president Juan Laporta about his future. Laporta has made it clear that he would love to convince Messi to sign a new contract at the club and has even placed it as the number one priority this summer, but it remains to be seen if he can convince the 33-year-old to commit his future to the club and put pen to paper on a new contract extension.